Every once in a while I'm simply going from place A to place B and not really focussing (*ahem*) on the local scenery. 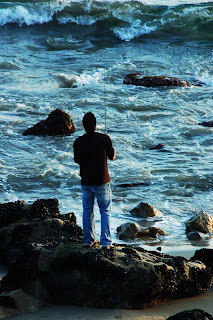 Malibu, an almost legendary town up the coast from the LA metro area, is a nice place to visit, but unless you live there it's not really a destination in and of itself -- though the beaches on the west side of Point Dume are truly spectacular. (Point Dume is the large peninsula silhouetted in some of the below pictures.) Malibu is commonly viewed and marketed as a Hollywood colony, with a lot of film and television stars.producers.directors, etc, making their home along this quite beautiful stretch of the coastline. 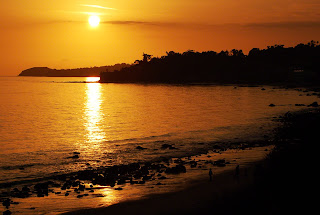 In this case, as I was driving along the Pacific Coast Highway as I happened to catch a glimpse of some wonderful atmospheric conditions out over the ocean, which might yield a pretty special sunset. (I have hundreds of sunset and sunrise shots, so despite their obvious attraction they usually aren't a huge priority for me but I am happy to catch them as I find them.) There are, thankfully, any number of terrific vantage points along the PCH on this section of road. I pulled off and grabbed my Nikons, and managed to catch the area right at the point of sundown. Locals did me the courtesy of walking through the scene -- and in one case, kayaking through it -- allowing me to add that "human" note to the scene in a lot of the shots.

Unlike my usual posts, I'm going to offer the rest of the pictures without much comment. I hope you enjoy this short distraction of a beautiful Malibu Sunset. 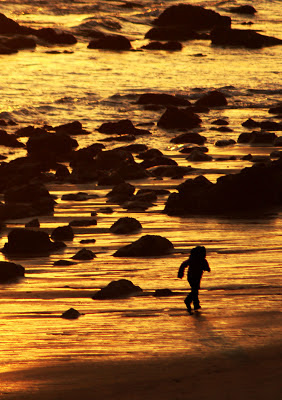 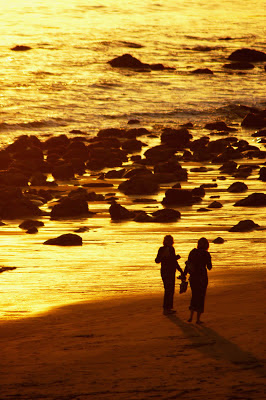 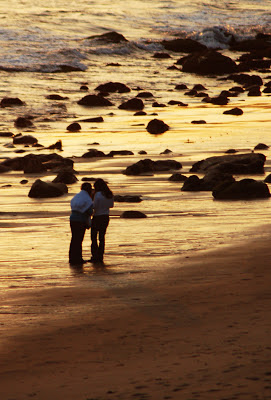 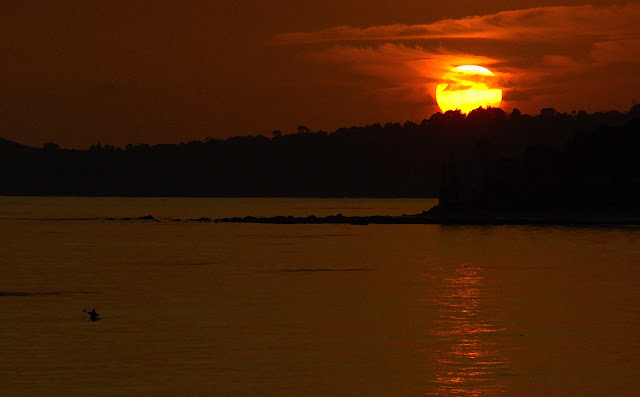 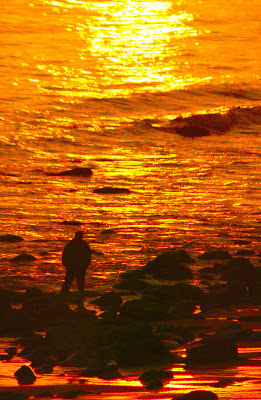 Posted by The Thumbnail Traveler at 10:54 AM