"...there's absolutely no place on God's earth that's Godforsaken. No matter where you live, you can succeed, because wherever you are you can reach out to other people with something they need."
- Ted Hustead, Wall Drug


I love a good story.

For me, when I’m on the road, I want to be entertained. Enlightened. I want to have an experience which is unique to an area and representative of its environs. This means there’s a story.

How did it get there. Who brought it there. What were they thinking? 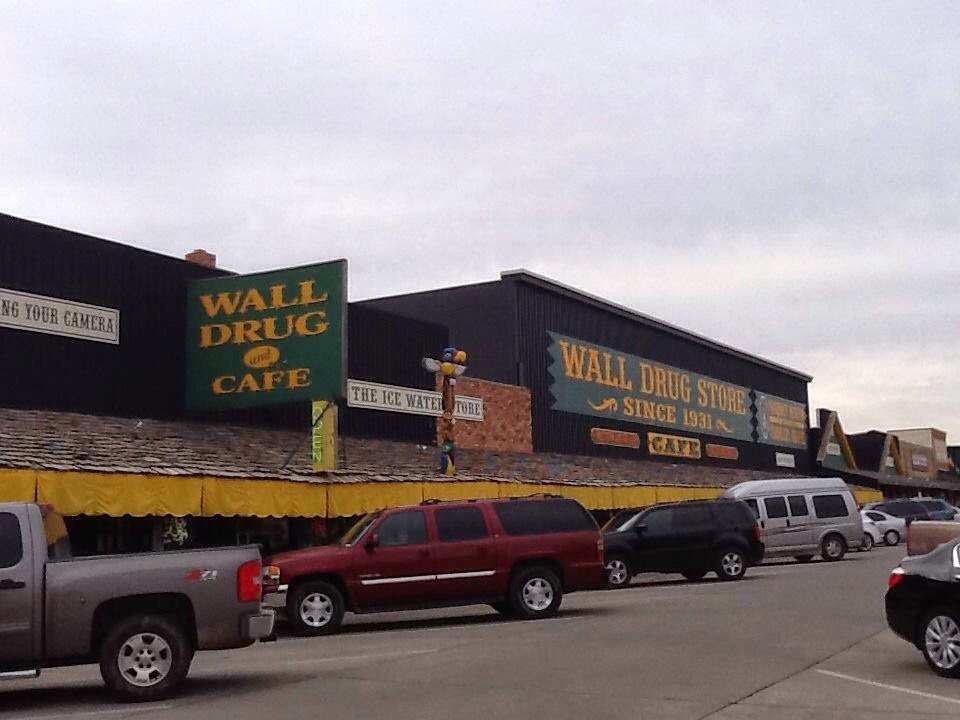 Throughout the world there are, as they used to say, eight million stories in the naked city. And millions more in the small towns and rural areas of this country.

I was recently driving — for the first time — along Interstate 90 in the state of South Dakota. As with other interstates to the south of 90, there are dozens of stops along the highway designed to attract visitors and their dollars to what is usually a small town. Forty or so miles heading to the east of Rapid City — known as the gateway to such wonders as the Mount Rushmore and Crazy Horse sculptures — I began to see relatively small billboard signs for something called Wall Drug.

The signs were maybe eight by eight feet, or some small variation on those dimensions, with only a handful of words and a painted image of something. I put it that way because the images ranged from “5 Cent Cup of Coffee” with a painted image of a coffee cup, to “See Our T-Rex”, with an image of a predatory dinosaur. And a half dozen other of these sorts of messages, including home made pies and donuts and other foodstuffs -- ranging to promised adventures worthy of the best roadside attractions.

As I drew closer to exit 109 the signs became more and more frequent to the point, just a few miles out, when the same hillock might have an older sign just yards from a newer one. 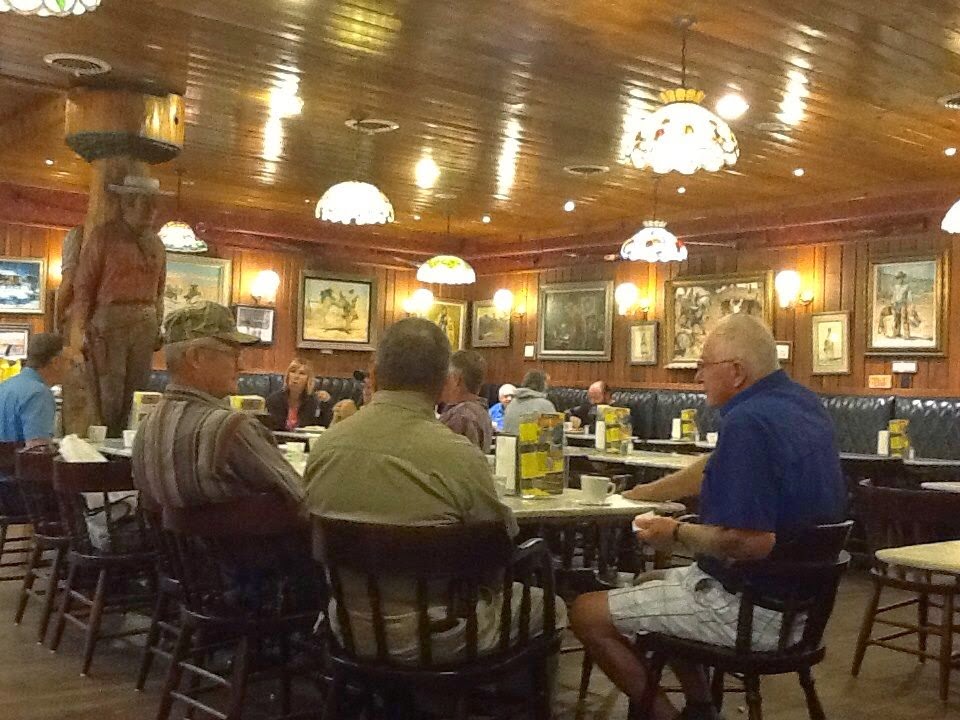 So I knew I had to check it out. I pulled in, discovering an entire main street in the middle of the town of Wall (hence the name Wall Drug), and found that my target occupied an entire city block. Across the street other businesses had opened, but by far the monster in town was Wall Drug.

Brief aside: I am fortunate to have discovered Wall Drug completely unaware of its background.

I was, in a way, uncovering a Very Cool Thing without any kind of preconception or expectation. In that way, I was able to feel just a smidgeon of the adventure of someone fifty, sixty years ago crossing the prairie and running across the town of Wall in what must have been a very pleasant surprise. To me, that’s often the most fun way to find these things: without expectations.

Since I had purposefully left my hotel early enough to grab breakfast on the road, I grabbed my camera and iPad and went in to discover exactly what the story was behind Wall Drug. 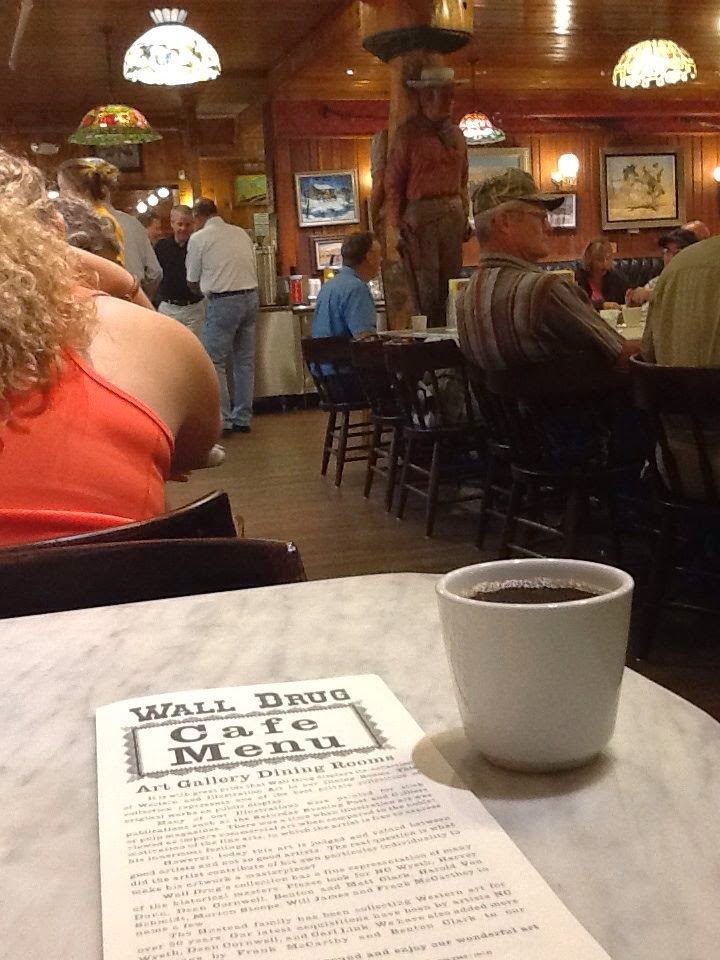 I grabbed a menu, itself including the story of how Ted Hustead acquired an impressive Western art collection. and ordered some eggs, sausage and potatoes…and a five cent cup of coffee (see, I paid attention). Sitting down in the main dining room, surrounded by other tables boasting a mix of both tourists and local diners. (At one point a woman greeted a newcomer with “Good morning, pastor”, so you have to assume this is both a tourist joint and local community gathering spot.)

As I sat sipping my coffee and waiting for my number to be called out I reread the menu and opened up the brochure I’d pulled from one of the counters. Not only does the brochure cover the background of Wall Drug itself, but contains a good piece on the nearby Badlands National Park. How they were formed, what the current conditions are, with some geological and fossil history thrown in for good measure.

As I said above, I love a good story. A background which makes a place unique and special.

And what I have found is that those places that have such a history are usually proud of them and want to share it with their customers. I like that.

Wall Drug is no different. 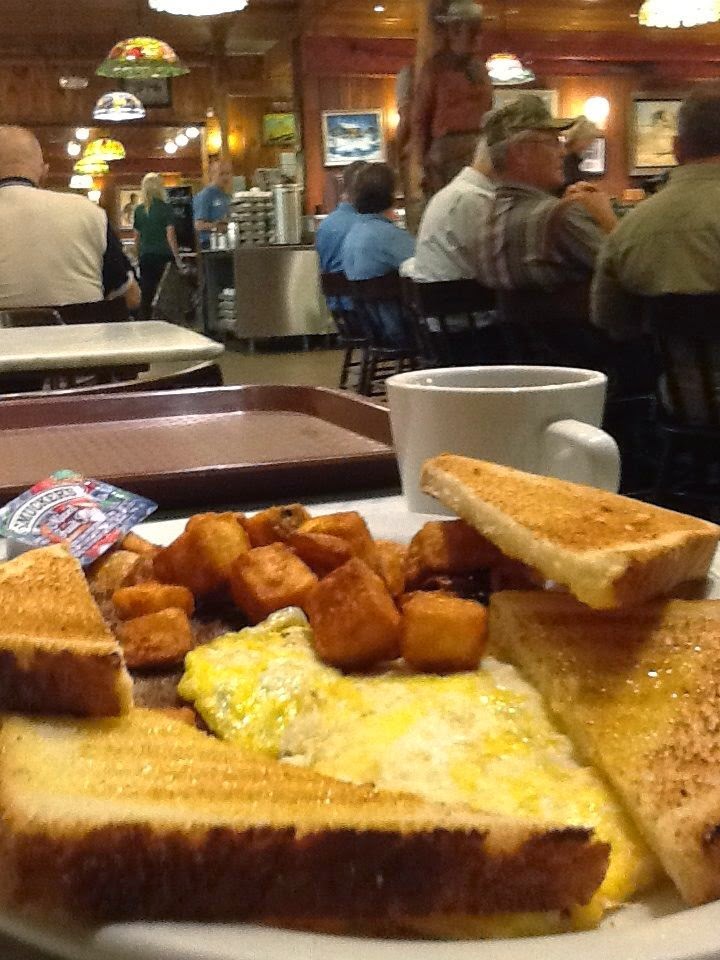 Going back to the brochure, I found out the store was originally purchased in 1931 by a pharmacist names Ted Hustead, Inside the brochure is a reprinted 1982 article from Guideposts Magazine detailing the history of the store and why (and how) Hustead and his wife came to create the roadside attraction.

The town was on hard times when they moved in. The interstate passed far enough from the downtown area that few tourists ever braved anything beyond a jump off the highway for gasoline. It wasn’t until one very hot day, when Dorothy Hustead hit upon the idea of offering free ice water to anyone who came into the drug store. Ted and a boy from town set about putting the up the first of the how hundred or more signs along the highway, in the hopes it would convince people to stop in. The idea worked. The hot travelers flocked to the pharmacy, often ordering lunch or purchasing other items — like ice cream — to smooth their overheating bodies.

And the tradition continues to this day. You can still get a glass of ice water, or a 5 cent cup of coffee. The pharmacy has expanded dramatically to include a variety of shops, a buffet, several roadside attraction exhibits in a large courtyard, and a smile for the weary traveler. 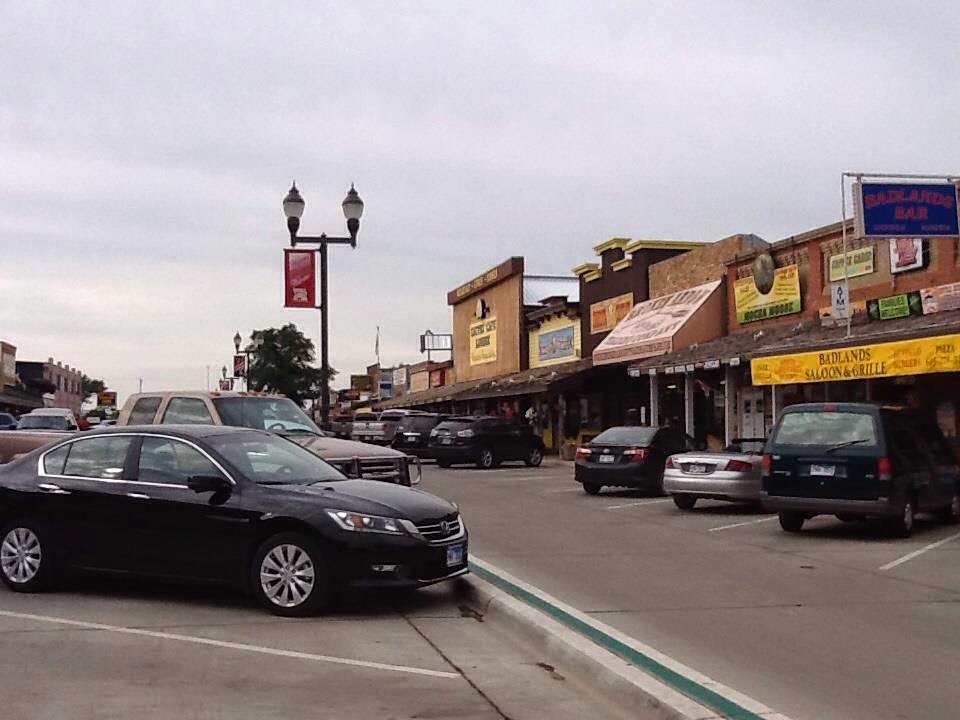 In the 83 years since Hustead purchased the property the town of Wall has grown a bit, and is far more prosperous than it was when Ted and Dorothy moved there to open his little pharmacy. Reading the Guideposts article you cannot help but love the little piece of history, and the dedication of a few good people to turn things around. A little ice water, and a lot of signage, made Wall Drug a cultural way station along I-90.

Author Bill Bryson once wrote of Wall Drug: "It's an awful place, one of the world's worst tourist traps, but I loved it and I won't have a word said against it."

Every place has a story, if you pay attention.

For more, please read the entry at Roadside America
http://www.roadsideamerica.com/story/2216 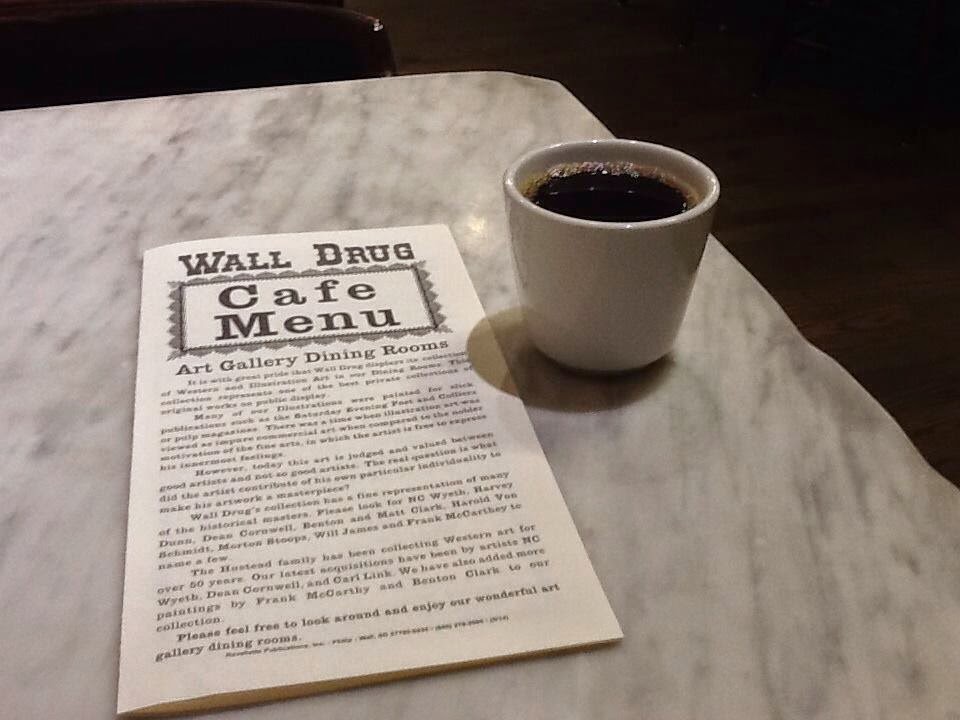 Posted by The Thumbnail Traveler at 9:39 AM